I, For One, Salute Our Fine State Troopers 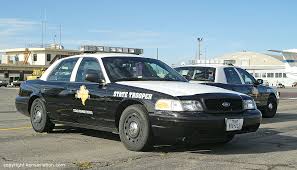 I could not believe what I saw today, and have never been more proud of our brave state troopers.

This morning during my commute to work (where else would I be commuting to?) I witnessed the most glorious use of police work since they found that dude that kidnapped the plane used to bring Limburger cheese to a corn field outside Abbotabad.

I may have some of my facts confused.

But back to me.

As seems to happen every morning and evening, there is someone in the left lane (often called The Passing Lane) on the Dallas North Tollway that does not realize that there are people behind him/her (usually her) that would like to proceed at a higher MPH the she is going.  Typically this is because the driver is more focused on her phone conversation than what’s going on around her.  Let me be the first to apologize to her for potentially distracting her from her very important conversation about last night’s episode of America\’s Next Top New Jersey Embarrassment.

So anyway, a state trooper was among the many of us in line behind Miss Chatty.  For a while he moved over to the center lane and temporarily moved a few car lengths in front of her, only to return to a car length or two behind – still in the center lane.  Then, abruptly, he turns on his lights moves back over to the left lane and pulls her over.

She certainly wasn’t speeding.  And she did not look the type to have outstanding warrants.  So I am left to believe that finally someone has been ticketed for not passing in the passing lane.  If this is the case, and I don’t care if it’s not because I want to believe this so much, then for those who like to speed, we salute you good Trooper.